Experimental glass buttons from the Sixties

These buttons are  from the Sixties, I have a soft spot for this era as I was a child and interested in my father's work, when the Sixties ended I was sixteen and by that time  more interested in myself.
The buttons are really experiments, he is seeing what he can make. They are probably made in the longueurs of summer when he would put the furnace on to make samples and have a bit of a play. In the summer he worried  whether he would get enough orders to stave off an overdraft the next year. In the summer he created the samples to go with the snippets of material sent to him for the coats and suit designs for the Winter Season. 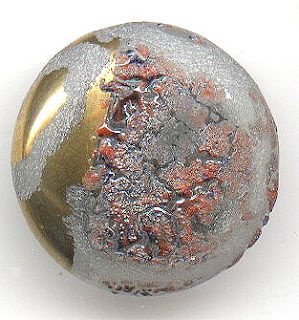 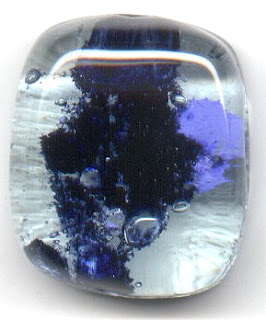