I have just found a piece of raw glass in a box of buttons which shows how they were created. 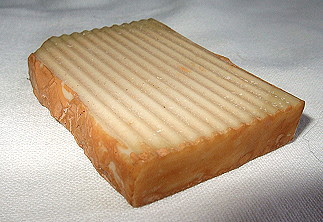 ﻿It is Vitolite glass which is a structural glass widely used in the Twenties and Thirties to face buildings and to make luxurious bathroom finishes Think the Dorchester,the Odeon Cinemas, Art Deco. 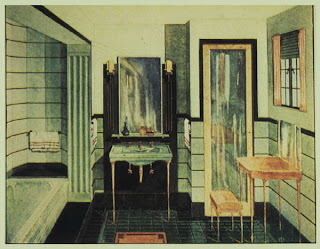 By the time daddy was working with glass, just after the Second World war, this look was seriously unfashionable ﻿So nobody was buying the glass and the glass suppliers often had what s they had left piled up in the backyard without any hope of selling it and costing money to dispose of. My father would offer to take some and they would be glad to give it to him. So he was getting his raw material free, a born upcycler. 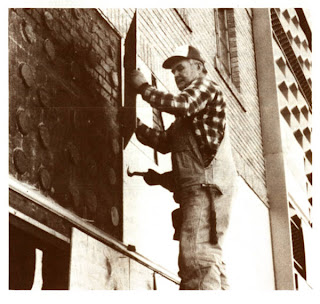 The glass is ridged on the back to take the fixative, the front face is smooth 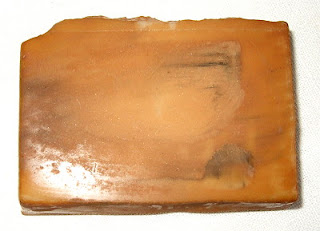 This is the front face ready painted to create the button. Now it will go into the furnace and be pressed free hand. The ridges will melt back into the glass making it smooth on the back. The colour is taken over the thickness of the glass, and in this case he has  deliberately used raw brush strokes to create the effect

Here is the finished button with its humorous "button holes " which of course aren't button holes at all as the button was sewed on by the metal shank glued to the back. The colour match is closer than is shown here, as this is distorted by the wonders of technology

This is the same button but from a differently painted ﻿"blank"

The reason the blank is in the box of finished buttons is so that my father could remember how he had created the button. He would create the samples in the summer and quite often by the Winter when the orders came in he couldn't remember how he had made it. This would lead to delays while he tried to work out what he had done.